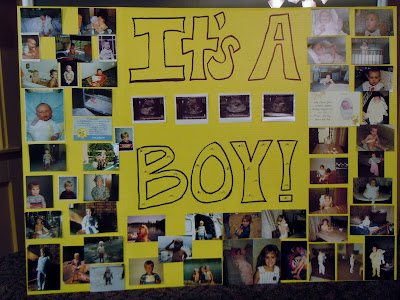 Yes, after months of waiting, Holly & Mike announced they're expecting a boy.  They are currently planning to name him.........Denver Nicholas.  That means his initials will be D.N.R.  Yep, just like the Department of Natural Resources.  They both love the outdoors -- hunt, fish, boat, camp, so I'm not surprised by this.

Yesterday's shower got pretty busy so I have just a few photos taken before everyone got there.  Those are the 5 dozen cupcakes I made in between them: 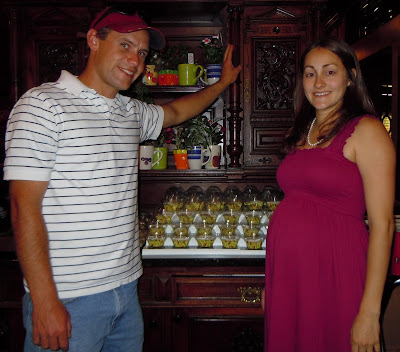 Each shower giver had to make two gift baskets.  I did a garden basket and a wine basket: 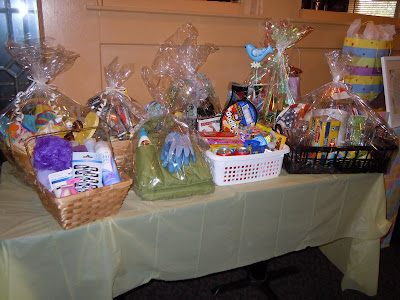 I saw this balloon at Party City and knew I had to have it for Holly since her theme is monkeys: 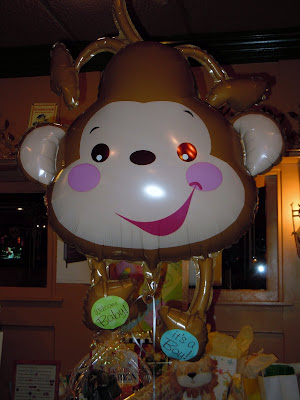 Happy day for all of us: 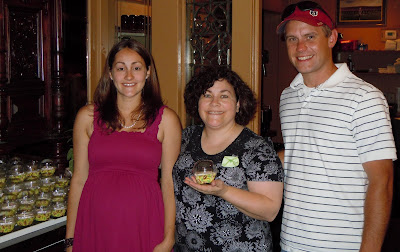 I take such lousy pictures.

Anyway.  She got many, many nice gifts and loved mine which included the Cadillac of baby backpack carriers from Kelty: 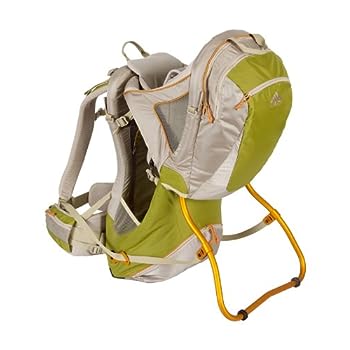 You can find one at Amazon.com.  They are really fabulous because they come with a cover to protect the baby's head from sun and twigs if they're walking in the woods.  Here's a shot with the protective hood up: 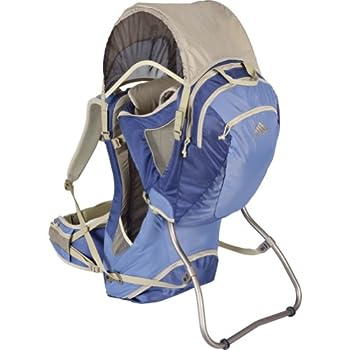 There are all sorts of pockets, zippers, and compartments - even a changing pad for a poo in the woods.  It can be used for years - up to 5 years old, depending on their weight.

I also gave Holly several eating accessories, a cookbook for puréeing their own baby food, children's first aid book, three more reading books, the first sweater I knit for her, a pair of angora booties (something old/something new) and this: 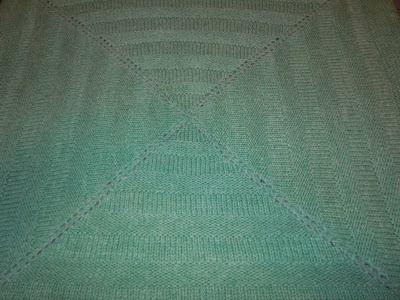 I knit this blanket using Shepherd's Wool from Stonehedge Fiber Mills in East Jordan, MI.  I knew Holly & Mike would appreciate locally produced yarn and the blanket is super soft.  You wouldn't even know it was wool and it's so much nicer than acrylic.  I have two more skeins left -- could be a sweater to match coming soon???

After the shower we headed up to Holly & Mike's house to help carry in the loot and sort things out for her.  I also brought home my craft show tent while I was there.

I will say that I was quite hungry when I left there.  I only had a salad at the shower, picking out the meats and cheese and didn't use any dressing.  This was pretty tough when there was plenty of delicious pizza slices and tantalizing pasta to choose from.  I wanted to stick to my 17 day diet, though, and I know it's worth it in the end.  As of today I've lost 5 pounds.  Not a lot but I could tell already when I put my dress pants on yesterday.  I didn't eat any cupcakes either, though I'll admit to testing the buttercream frosting on Saturday.  My only transgression so far.
Posted by Suzanne at 9:45 PM