My back porch was literally falling apart.  Over the years I had painted it and patched it the best I could.  There were squatters residing in its crevices (see fourth photo below).  Last Monday I hired a mason named Terry off of Craigslist.  It was a leap of faith since I was choosing him without getting other bids to tear out and re-do my back porch.  A couple of years ago the guy who cut down a tree in my backyard said he would do it for about $400 so when Terry gave me his bid I knew he was in the ballpark.
Terry's ad said he was out of work and I could relate to that.  I met with him about an hour after talking to him on the phone.  He looked over the situation and asked for a $200 check so he could pick up materials and get started the next day.  After he left I wondered if he'd be back.  I don't like to be cynical but in this economy I couldn't be certain.
But he did come back the next day, despite the forecast of rain, rain and more rain over the next few days.  He started with this: 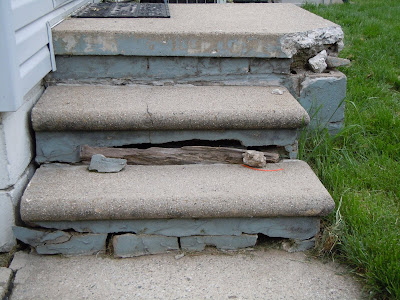 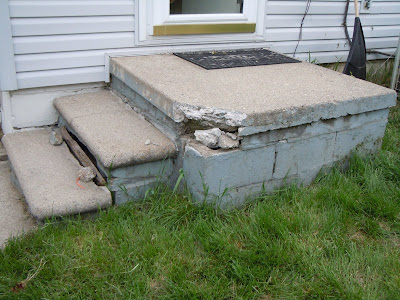 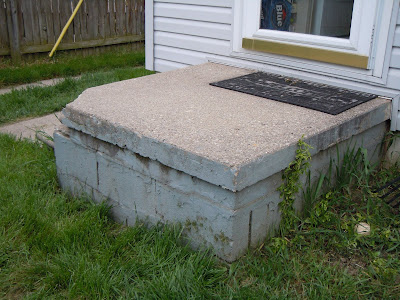 He made a lot of progress by the end of the first day: 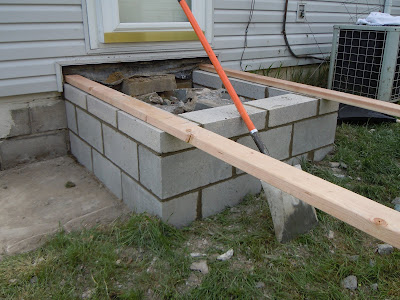 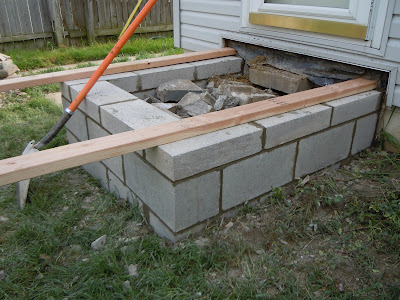 By the end of the day on Wednesday he had poured the cement for the slab and came back on Thursday to set the steps: 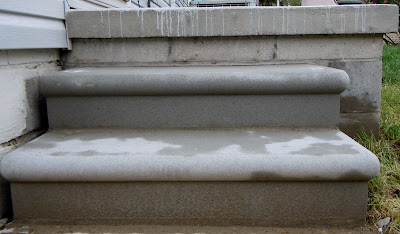 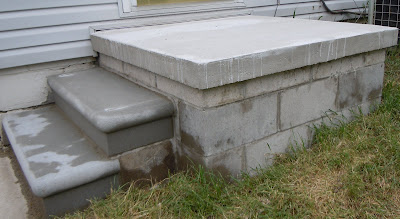 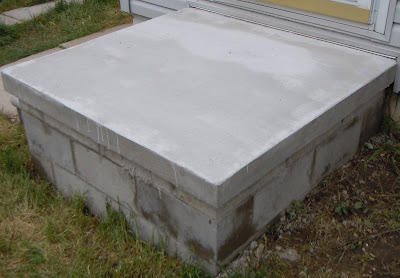 If the rain ever stops around here, it will dry out and look beee-u-t-ful!  He suggested I coat it in a couple of weeks.  We'll see about that.  Terry also repaired some bricks and mortar on my front porch and replaced those steps too.  I feel so much better with these relatively simple repairs.  It's the simple things.  If you live in the Detroit area and are in need of a good, fair mason, let me know and I'll pass along his information!
Tomorrow I'll show you another makeover......
Posted by Suzanne at 9:11 PM

Looks like he did a really nice job! So good to find someone who fixes something properly, and when they say they will!

Congrats on finding someone who lived up to his word! Porch looks great! I'm sure you'll feel much better stepping out onto that and walking down those steps.

The old porch was so UGLY I never wanted anyone to see it. It was bad enough I had to look at it every time I let Maggie out!